Lutho Thomas was the recipient of the first Rialto Project bursary sponsored by the Futuregrowth Community Property Fund to Simon’s Town High School Lawhill Maritime Centre (“Lawhill”). Lutho is originally from KwaZakhele, a township 12 kilometres outside of Gqeberha in the Eastern Cape.

Lutho attended Lawhill from Grade 10 to Grade 12 where he flourished. In 2019 he was elected Head Boy of Simon’s Town High School and was part of the Representative Council of Learners Committee. Lutho also regularly participated in extra mural activities including rowing, sailing, cycling and rugby and captained the rowing, cycling and sailing teams. Lutho matriculated at the end of 2019 and was accepted to the 2020 Maersk Learnership Programme in Cape Town, a 12-month programme combining classroom based learning and practical work experience. At the end of the learnership programme, through support by Capital Land Asset Management and Marine Inspirations, Lutho was afforded the opportunity to go overseas to pursue his dream of a career in the superyacht industry.

Lutho arrived in Palma Mallorca, Spain at the end of December 2020. He spent his first few weeks in Palma as a casual employee and within three weeks he was offered a position as a Deckhand on Mirage, a 53-metre motor yacht, captained by Captain Colin Richardson, a past student of Simon’s Town High School. Lutho has since been appointed as permanent crew onboard this yacht.

Lutho returned to South Africa at the end of December 2021 and while he was in Cape Town, visited Lawhill and spoke to the scholars who were settling in to start their 2022 academic year. Lutho gave insight into the superyacht industry and he spoke about the different positions and ranks onboard a superyacht and the training and certification required for this career. He highlighted the role that Lawhill had played in preparing him for this career and how he had benefited from the skills that Lawhill instils in its scholars including the soft skills such as punctuality, a positive attitude and a strong work ethic.

“We loved to see him and how confident he was – it was just wonderful to see how this young person has grown! At 20 years old and within two years of leaving school, he is doing well for himself and more importantly he is lifting others as he rises.” said Debbie Owen, Head of Lawhill.

Lutho has established the Lutho Thomas Sailors Fund which aims to provide the same opportunity that he had to kickstart a career abroad in the superyacht industry. “I’ve started this initiative by using my gratuity from the 2021 superyacht season with the greater goal of starting a ripple effect. This simply means that whoever I support will then provide support to the next candidate, when they are in the position to do so, to start their superyacht career.” said Lutho.

Lutho has selected Jonoel Meyer who matriculated at the end of 2021 as the first beneficiary of the Lutho Thomas Sailor’s Fund sponsorship. Jonoel joined Lawhill when Lutho was in Matric, and Lutho recognised a similar attitude and eagerness to learn in Jonoel.

We will continue to follow Lutho’s journey as he works towards his aspiration of becoming a Captain in the superyacht industry. 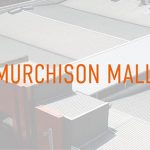 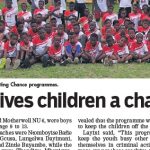